The psychosocial needs of the children in Za’atari have been identified by many as requiring immediate and ongoing care and attention alongside any formal or informal education programs.

For Future Learning Spaces to be adequate in Za’atari, it must ensure that it meets these needs of the thousands of children living here. Without access to trained psychologists, psychiatrists, counsellors or social workers, this responsibility may ultimately rest in the hands of the educators, families and communities – many of whom are also living as refugees. With this in mind, it is important to implement programs which requires limited training in order to still bring about effective and positive change.

Art Therapy/Creative Expression: uses creativity as a means of self-expression and healing. Art therapy requires NO artistic skill (as opposed to art classes) as the focus is on the creative process, not the end product.

The popularity of football (soccer) throughout the inhabitants of Za’atari is evident throughout both the boys and girls, as highlighted in Clouds Over Sidra by Chris Milk, a brilliant virtual reality film which follows a day in the life of Sidra, a 12 year old Syrian refugee living in Za’atari.

“Several donors, such as the Asian Football Development Project and Union of European Football Associations (UEFA), provide enriching activities for residents, such as football, which has successfully brought residents together” (Ledwith, 2014, p. 11). “Volunteers from the Jordan women’s national team, as well as donors from the United Kingdom and South Korea, have helped bring community-building football resources to the camp” (Ledwith, 2014, p. 36).

Music Therapy: “is the combination of listening, playing, writing, recording, movement and dance designed to address a client’s needs. Participants do not need to have any prior music training as the process of making music is more important than performance” (Scroope and Signorelli, n.d., p. 36). “An advantage of music therapy is that it is an inherently nonthreatening and inviting medium. It offers a child a safe haven from which to explore feelings, behaviors and issues ranging from self-esteem to severe emotional dysregulation. Music therapy techniques can be designed to address more complex issues such as grief, abandonment or deeply conflicted emotions” (Hussey, 2003, n.p). 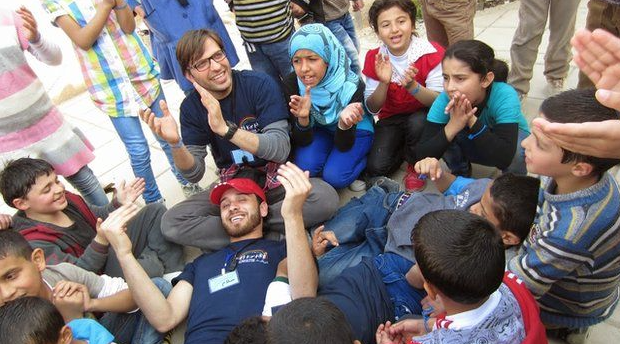 Acting/Performing: “Theatre is one of the most important aspects of ‘cultural relief’ for refugees and victims of trauma, providing them with hope for the future and helping improve their psychological state” (Forum on Culture and Humanitarian Relief, 2015). Experts on trauma and psychological relief, staff and volunteers of humanitarian organisations and practitioners from Jordan and surrounding regions met in October 2015 to discuss the roles of drama therapy and potentially films for trauma relief.

Although many parents were initially hesitant about the value of theatre for their children “parents later on became happy to see their children getting excited about the performance and showing improvements in their psychological state. The parents were transformed from people striving to handle the burden of displacement into directors watching the development of their children’s performances. Theatre benefits not only participants but also their families,” Nawar Bulbul (Syrian actor and director).

External Agencies Training Local Health Providers: Agencies have been sporadically involved in raising funds in order to take experts to Za’atari in order to train local health providers in appropriate trauma treatments. One such agency, Common Bond Institute, has been involved in raising funds for a series of trips to Za’atari based on their Catastrophic Trauma Recovery (CTR) training and treatment model designed to provide: 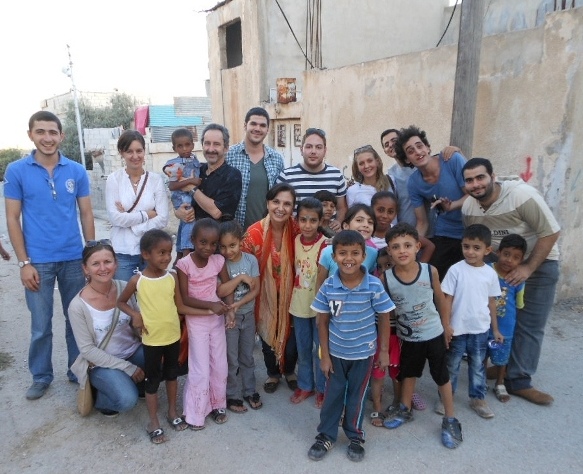 One of the U.N. Convention on the Rights of the Child states that “Children have the right to live a full life. Governments should ensure that children survive and develop healthily” (United Nations, 2006). Any Future Learning Spaces that hope to achieve this must look beyond the academic component of their program and consider how to address the holistic wellbeing of each child as well.

Welcome to my little world of big learning through this wonderful medium of the world wide web. My picture of a giraffe (with thanks to my friend Stephen Walsh for taking this fabulous photo and allowing me to share it) is my idea of “sticking my neck out” and taking on new challenges of eLearning. I hope we can learn, share and inspire together.

Through the sharing of ideas, reflections, knowledge and resources  great teachers will become even greater

A network for connecting 21st Century Educators around the world

Learning spaces in our everyday lives

A learning space through which educators can connect and share their ideas, expertise and resources.